The ideal habitat of the Mole

The Wind in the Willows, Kenneth Grahame’s tale of creatures of the field and riverbank, famously opens with the Mole escaping his underground world to the sunlit meadows above. After a lifetime of sensory seclusion, even the sound of birdsong hits him ‘almost like a shout’ and he leaps for ‘the joy of living’. 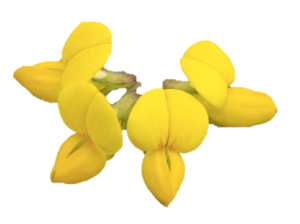 The story, first published in 1908, may well be a utopian allegory of the petit-bourgeois worker liberated from the smoky city and the stifling fug of Edwardian convention. But more than that, I think, it is a story of emergence into the fullness of being, and of joyfulness as a state intimately linked to habitat.

Habitat in this tale is not simply a backdrop: the Mole’s odyssey shows it to be a realm of potential that circumscribes what it is possible to be, that defines the latitudes of lived experience.

At first the Mole stumbles forth into this brave new world without the conceptual tools to comprehend it, or at least that is what we adult humans might think. Never having seen a river, he perceives it to be a living beast, a ‘sleek, sinuous, full-bodied animal’. To him it is a species of space with its own anima, its own creative and vital force. He glories in it as a playful, laughing creature that bewitches him with ‘a babbling procession of the best stories of the world, sent from the heart of the earth to be told at last to the insatiable sea.’

We might expect him to grow out of this lovely illusion of a speaking landscape. But later, when the call of his old home sends electric thrills through Mole’s body, we are reminded of ‘an animal’s intercommunications with his surroundings’. It seems his senses are attuned to habitat with an embodied intensity we have lost and are perhaps being encouraged to recover.

After a while the Mole tires of the riverbank life of ‘messing about in boats’ and seeks out new territories. His fascination fades to dread, though, as he encounters ‘The Terror of the Wild Wood’, a habitat of fear that seems ready to devour his whole being.

After his misadventure is over he starts to reflect consciously on the relationship between happiness and habitat, a question he finds each animal answers differently.

The intransigent Badger, for instance, believes his labyrinthine earthworks are “what domestic architecture ought to be”.

In contrast the Toad – a miniature Marinetti who falls in love with the motorcar that crashes into him – endangers everyone with his destructive pursuit of the new.

The Rat declares the riverbank is the only world he wants. Yet for a time even he dreams of new shores. But his desire is not like that of the happy Swallows, whose nomadic path lets them leave behind the unwanted past for the delights of the future. Ratty’s longing seems to be for something unreachable. For a moment he seems to be splintering under its thrall until the Mole rescues him.

In the end the habitat that best suits the Mole is neither his neat burrow nor the heroic wilderness, but the ‘the pleasant places’ of the riverbank which hold ‘adventure enough, in their way, to last a lifetime.’

No doubt he makes his decision for love of the Rat. But in those places he also has no need to hone an ossified shell of adulthood to survive ‘Nature in the rough’. For the Mole is a playful, curious creature whose late blooming has suspended him in a joyous neoteny: he is an adult with the ready emotion and wondering eyes of a child. This is a heightened state of being that the first chapter of the book – a glorious habitat in itself – invites us to recall.

This essay was first published under the title of ‘On Joyful Habitats’ in Testbed, the experimental newspaper produced by the studio of the architect Will Alsop (2010).